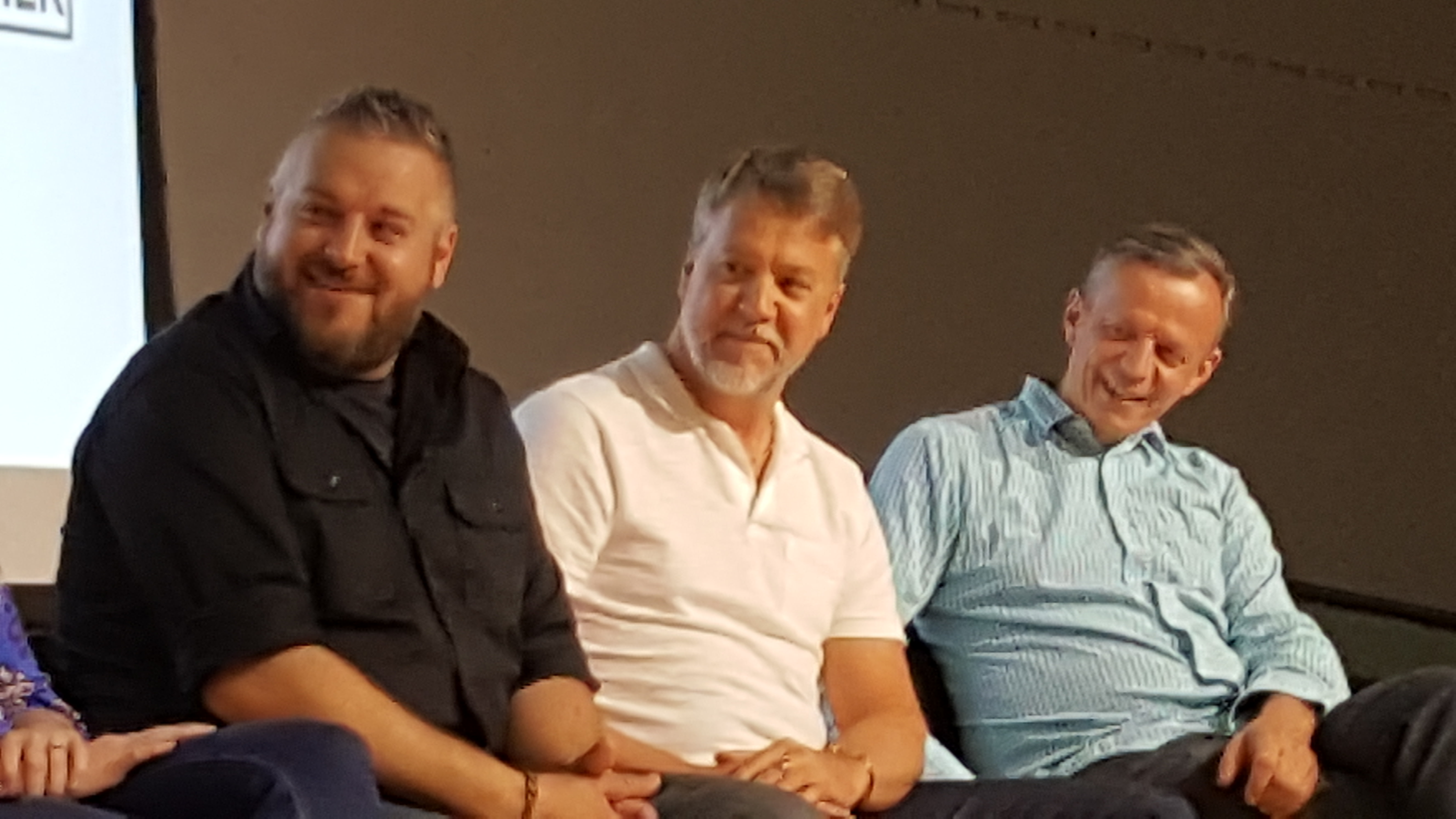 I had a great pleasure of attending Tweetstock 2016 with the winning of a ticket from James Burchill who was one of the speakers at this great event. I’ve heard James speak many times and know that if he’s on the bill that it’s bound to be a good line up all around. I’ve been meaning to actually go to this event for the last few years it but it’s always conflicted on my schedule. Fortunately, this time I was able to attend. I had met Trevor about what was the main organizer for the event an event to backing April and so I was glad to see him again of course and see what the event was all about.

I’ve never been a great storyteller, unless it’s in person. Writing it down, not so much. Telling my own story in bits and pieces is great. Telling my story of how things came to be as a business goes, never. I’m constantly told that what people want to hear is your story and unfortunately mine is never been a very interesting one when it comes to business, to teaching, to doing whatever it is that I do. The only thing that I find that I do well at is telling small anecdotes or funny stories that relate to the conversation that is going on at the moment, but whether or not they actually do my meal bottom line is a whole other matter.

I was hoping that I would learn something at this event that would tell me about how to better tell my business story and about teaching and about what my next steps are maybe help me focus as well. Overall they did not disappoint on that front because it is true that “Those Who Tell the Stories Rule the World”. I was invited by James Burchill, and I also knew Paul Copcutt who I had never heard speak but I was always interested in what he had to say whenever I’ve met him at various events that we’ve gone to.

The day started out with John Michael Morgan, who I’d never heard of before but I have to admit his talk was inspiring. I took a couple of shots more for my notes and as you can see they are quite inspiring pieces. One thing that this event gave me on the whole, mostly from his presentations, is some inspiration on how to do my speaking positions better, especially around the idea of my slides. I get very technical talks usually, so putting facts and pieces that people can refer to later on his notes are usually my modus operandi mainly from having taught my students for long as I have. Very rarely do I get a chance to write something inspiring and creative. I think that is about to change…

Next up was James Burchill who gave us an overview of how he tells his story and how he helps others by telling their story which is usually around Udemy and other online courses even though this is sort of the teaser. He did tell a story of how he spent part of last year when he was probably at one of the low points in his life and was able to benefit from it, telling the story of triumph over that position. I was absolutely enthralled because he shared his story and it made the case more believable. Later that day on he ran one of the breakout sessions in which we got a chance to see how he runs his courses.

Paul Copcutt is a Personal Brand Architect who helps people figure out their brand and they were able to he was able to show how a brand can be very powerful and that regardless of which company you work for that you always have a brand whether you have a personal brand versus a company brand whether they are one and the same thing will depend on the type of business that you run it started to make me wonder about the brands that I present and whether or not that is in fact where I want to be making me wonder about some the changes that I want to make very soon.

There were a couple of other speakers before lunch that did not resonate as much with me as some of the others did, but they were good nonetheless.

After lunch we began with the breakout sessions. I went to one of the sessions which was more about how to recuperate from failure or at least use failure as an opportunity. While I didn’t take too many notes, it was absolutely a good discussion around why we fail in and why we perceive failure to be what it is. One of the points I was brought up was about seeing the failure in others and that we project those failures on others and the fault is seen to be theirs. However, I argue that it is not because we necessarily see that failure in others but we see it in ourselves.

The next breakout session courses with James Burchill where, as I mentioned earlier, he laid out his overall plan and strategy for deploying courses. There were a lot of questions from the crowd on this so you can tell that this is a growing business, despite all of the latest discussions around it being in decline and this isn’t going away anytime soon. The biggest question that is still left on people’s minds is which one to go with, (Teachable, Udemy, your own hosting) but I think James at least gave a very good way of looking at what might work better for you things like Udemy. For example, there is a big structure on Udemy, where you will have certain courses that are only available now in a certain price range, certain audio quality, etc. It is a marketplace so anyone who searches for whatever that thing is can then decide what that topic is from you and any other instructor. However, Teachable will do the same but they don’t have as big of a platform and you can also use that with your own domain as well. The only other thing I thought about was which James did not answer (and I didn’t ask) but I would consider is you know doing a learning management system of sorts on your own WordPress installation. Maybe will he and I can have a chat about that at some point. Who knows? Maybe we’ll do a podcast or something on the subject!

After that was a session with Greg McMillan. He was kind of ambushed in his talk by a lot of people who were asking about the different strategies of SEO and things like which website to use like whether to put stuff on Medium.com versus their own website. Unfortunately he didn’t have that kind of knowledge and his expertise was around editing and being able to edit your story which I also found very helpful. I’m not sure whether or not I agree with the blog post being 200 to 300 words because it depends on the content. I might even go as high as 500. God knows this will probably be about 1000 by the time I’m done even then I might even edit this afterwards to even show like I took of the stuff that wasn’t that important enough to cover every single little item. See? I did actually listen to what you had to say.

The day ended off with John Michael Morgan doing another talk and again I’ve shown some of those slides here and then of course a panel discussion that led to very things about back down the bottom it ended off with that one of the questions I asked the panel of course was if you had one source to read then these would be those points so here are the pieces of literature or readings that the panel recommended insert the list here that I will need to type up from my own notes and make sure to ask Paul Kopp cut about the art of something by one particular author that he mention I couldn’t quite recall all in all it was in a wonderful day in the action got a chance to have a beverage afterwards at the counting gavels in Hess Village very pleasant place that was easy to sit on the patio with even our numbers so congratulations to Trevor and his crew for putting on such a great show and I look forward to coming back next year provided doesn’t conflict with my schedule.

And let the record show, that this post was originally 1616 words, so Greg’s session did help me. Even though I did a lot of editing. 😉

The books that were recommended by the panel:

Paul Copcutt: Tim Ferris’s Podcast and War of Art by Stephen Pressfield (I had to really look up the second one, because I didn’t get the name right away. I hope I got it right, Paul!)

James Burchill: Your own journal. You should write one and see how far you’ve come. Going to start doing this again really soon, might even try video.

John Michael Morgan: The Greatest Salesman in the World by Og Mandino

Suzanne Zandbergen: Jab, Jab, Jab, Right Hook: How to Tell Your Story in a Noisy Social World by Gary Vaynerchuk

André Van Heerden: The Art of Dramatic Writing: Its Basis in the Creative Interpretation of Human Motives by Lajos Egri